It started with a question from an audience member at a Winter Park Chamber sponsored mayoral debate on Feb 5th. The question was not well vetted but was presented anyway.  So lets see this question.:

“It was dismaying to see the members of the city commission blatantly colluding to spike the Henderson project, which was approved by P&Z [Planning & Zoning] and was supported by the residents of Winter Park three to one over those opposing the project. As mayor, how would you ensure the commission enacts the wishes of the majority of WP residents, not just the agenda of an entitled few?”

When the question was asked Sarah Sprinkel just answered the question at face value.  She is a seasoned commissioner and has done a number of interviews with media.  She is aware that reporters will word questions in a not so flattering way to get an emotional response out of you.  Phil Anderson on the other hand took another approach. He voiced his issue with the question when asked and then continued to answer it.  After the event he spoke with Chamber President Betsy Gardner Eckbert in what some reported was tense and inappropriate. Grabbing a microphone and getting into her personal space.   After it hit the media the Chamber had stated an apology was in order.  Anderson did apology and the Anderson campaign and the Chamber released a joint statement the the two parties had “come to terms with the matter and look forward to placing it behind us in an effort to bring our community together.”

Of coarse that is not going to be the end of it.  Now the Commissioners want an apology from the Chamber for allowing such a question that was “Such spurious and toxic allegations are, at their worst, defamation per se; and at the least, they are highly unprofessional and inappropriate. They have no place in a political debate.” Therefore, “the Chamber is complicit in staging the question, and the Commissioners deserve an apology for the baseless, false implication of collusion. Indeed, the people of Winter Park deserve an apology for having their Commissioners impugned.”

Now comes some interesting stuff. After canceling a commission meeting citing concern and fear over gathering in public the same members decide to hold a “Special” Meeting to discuss the Chamber issue.  Now Steve Leary did not attend this “Special Meeting” Why.  Well he released a statement with two reasons why. First “regarding the incident during the Chamber Forum the prior week, Mayoral Candidate Phil Anderson had already apologized for his inappropriate and aggressive behavior towards the female President of the Chamber, Betsy Gardner Eckbert immediately following the forum. The issue has been put to bed by those closest to it.”

Second Leary stated: “Canceling a regular meeting during which the business of the citizens and city are addressed, then calling a “Special” meeting to air hurt feelings and possible action against the “offending” entity the next day, was political posturing. It sent a message to our community that if you host a forum wherein you or another question or criticize the City Commission, you will be called on the carpet and possibly face punitive action.”  He also added “If you want to call a “Special” meeting to discuss how to create a safe, honorable workplace where women are treated with respect, I’ll be there. ” 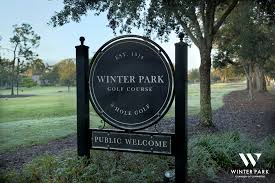 To make matters even better it was hinted that the commission should take a second look at the $900,000 prepaid rent for a 99 year lease that the Chamber has on a building that the City owns.  The only way to get out of it would be to sell the land so it was not owned by the city anymore.  Now bringing that up right before a special meeting while asking for an apology seems to be a wonderful amount of random circumstances.

Now the chamber said they would review is protocols for future debates but did not apologize. The commission still wanted much more.  “To hide behind the excuse that it was an audience question, it’s disingenuous,” Commissioner Sheila DeCiccio said. After the meeting Eckbert wrote an email to the City Manger that the board member had approved modifying the debate video to add a disclaimer about the question and explain that it was from the crowd and not the views of the chamber. The City manager forwarded that email to the Mayor and commissioners. In an email to Eckbert, Leary noted that it was time to move on.  “While I appreciate your Board’s gracious efforts at diplomacy, the Winter Park Chamber of Commerce does not owe the City Commission an apology,” he said.

Now the City Attorney Kurt Ardeman is looking into if the question will be considered defamation or if it falls under protected speech. “The law is pretty clear,” said Ardeman, “that when a writer publishes a defamatory falsehood with the knowledge that it was false, or with reckless disregard as to whether it was true or false, it is a defamatory statement. Now, you each are elected officials, and the bar is high; however as individuals you are protected against defamatory speech.”

This group was made to support the civil discourse of political conversation. We believe that the only way solutions to our problems can be made is by discussing them and finding common ground.