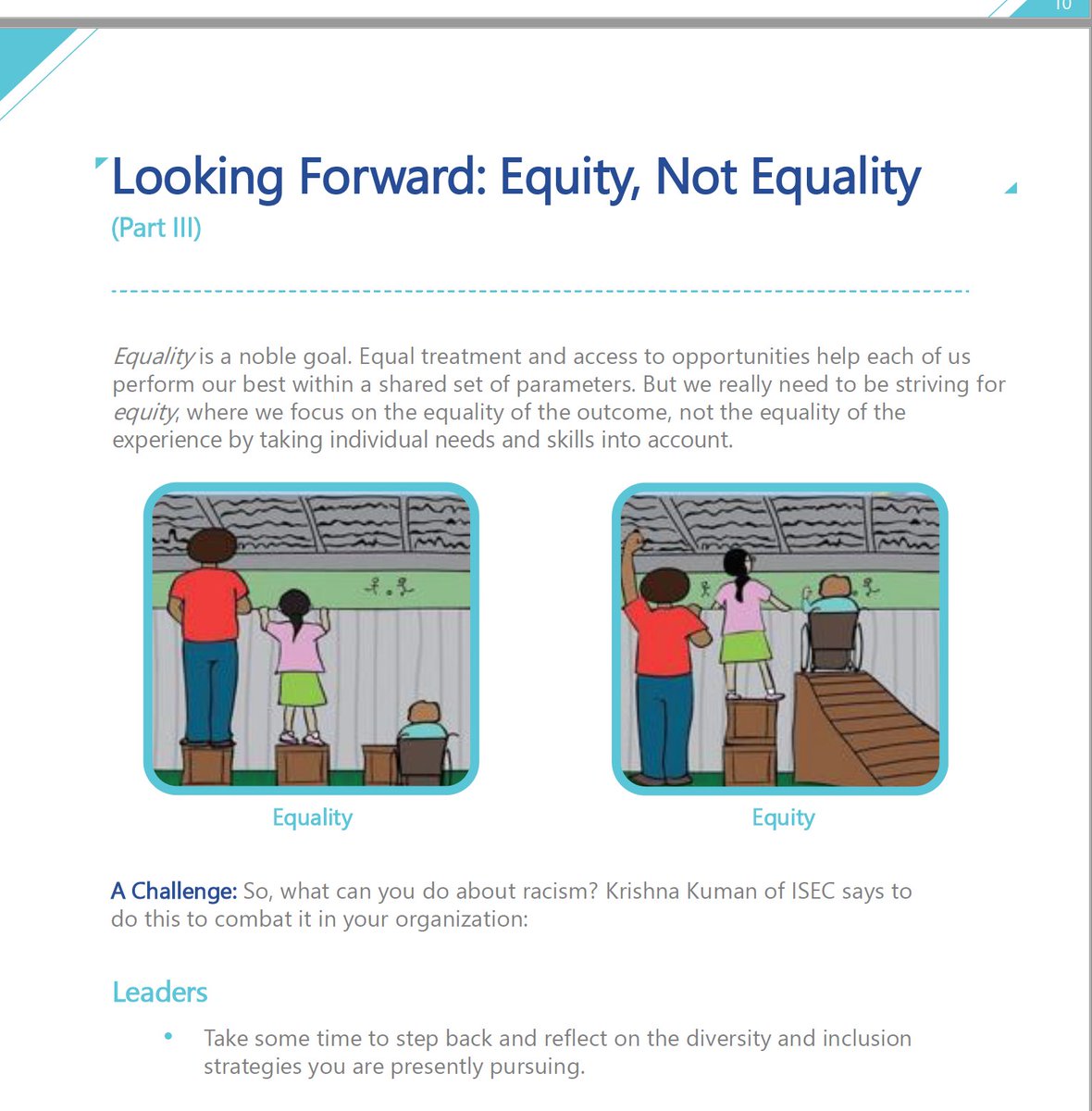 One of the classic training issues is equality verses equity.  A display of persons attempt to watch a soccer game shows three people getting three boxes to look over the fence.  They are equal but not fair.  The next slide shows the tall person not getting anything since this person can already see.  The short person gets two boxes so now she can see over the fence. The person in the wheel chair gets a full ramp to ensure they can see over the fence.  One question not raised is why did these people not pay for a ticket like everyone else watching the game.  The players, coaches, cleaning people and food vendors all rely on the income from those ticket sales to feed their families.  But three people want to get away with not paying and want equity to ensure everyone get an equal outcome no mater what their race, gender, or ability to pay for a ticket.

Disney claims that America has a “long history of systemic racism and transphobia” and tells employees they must “take ownership of educating yourself about structural anti-Black racism” and “not rely on your Black colleagues to educate you,” which is “emotionally taxing.”

White employees are told to “work through feelings of guilt, shame, and defensiveness to understand what is beneath them and what needs to be healed.” They must “listen with empathy [to]Black colleagues” and “not question or debate Black colleagues’ lived experience.” You can see photos of all these documents right here: https://threadreaderapp.com/thread/1390828488949518337.html

Finally, participants are told they must “pivot” from “white dominant culture” to “something different.” The document claims that “competition,” “individualism,” “timeliness,” and “comprehensiveness” are “white dominant” values that “perpetuate white supremacy culture.”

A full right up is also available at the City-journal. Christopher F. Rufo is the director of Discovery Institute’s Center on Wealth & Poverty. He has directed four documentaries for PBS and is currently a contributing editor for City Journal, where he covers homelessness, addiction, mental illness, crime, and other afflictions.

You can find the full list of source documents and review them yourself at ChristopherRufo.com

This group was made to support the civil discourse of political conversation. We believe that the only way solutions to our problems can be made is by discussing them and finding common ground.